Discard it and throw it under the bed? Mbanu!!!!!

Your Vote is your power. But do you really know how much of power it really is? 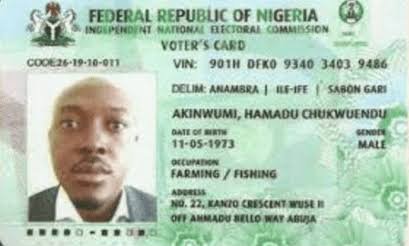 In exactly 10 days from the date of the publication of this post (07/02/2019), Nigerians will be deciding (I hope) who the next president of our Nation will be and as much as a lot of us believe that we as the citizens have little or no influence over who that choice is, I beg to differ.

When you meet the average Nigerian on the street and ask him what he thinks the outcome of the elections will be, he’ll tell you that who the president will be is already determined, long before we cast our votes. In fact, a lot of Nigerians believe that the results of the elections is already out, as at today February 07, 2019. Lol. I get their premise and I think I understand where they are coming from but I sincerely beg to differ.

Why do we think we have no influence over who our president will be?

Why do we think our votes will never count?

Why do we think our voices will not be heard?

Why do we think we don’t matter?

Is it because of the way things have become?

Are things so bad that we’ve lost our self-esteem so much that it has influenced what we think of ourselves? How we see ourselves, believing that we no longer have any influence over what happens in our country?

Why do we think that our views are not important? That we are no longer significant?

Someone reading this might think I’m being sentimental or over flogging the issue but you need to see the degree of helplessness masked with anger and a lackadaisical attitude, to understand exactly what I’m talking bout. A lot of Nigerians simply don’t feel like they have a say in their country anymore.

But we do. I say WE DO. And the approach is not a force thing. It’s not about fighting or being stubborn. Maybe because I’m a Christian but I’ve seen things controlled from the spiritual have more effect than mere physical approaches like strikes, fights and the likes. For one, most people will swear that most leaders have engaged some sort and level of ‘other’ powers to help the get the ‘seat’ and retain it. Well, whatever those powers are, I hope in most cases it is God’s power. Because the hope of this Nation lies in what God can do. It is not ‘speaking English’ and Harvard degrees that will make Nigeria great, it’s beyond that my brethren. It’s beyond that. Nigeria needs intelligence and strategy mixed with a heavy dose of God’s Grace, probably in the ratio of 20:20:60; to thrive again. I aint kidding you.

Am I discounting voting? No. in fact let me use his medium to remind you that if you have not collected your voter’s Card, please go and do so immediately. Saturday February 8 is the last day for collection. Our voter’s card is our deciding power. It’s our voice and contrary to what you might think, our votes can be the difference in the decision that will be made. I know it sounds like nothing but if we can all decide that our votes, one by one matter, all of us will become a formidable force that will turn things around. I wish I was able to get mine but I couldn’t. The period for registrations were so off my schedule and when I was finally able to register, it was late. I felt so sad and bad. I had promised myself this one will not pass me. It was something I couldn’t help so after feeling bad, I had to move on. But hubby got his and so what I would have done with mine, I’ll do with his, since we are one. And NO! I’m not going to vote with his card. I’m going to PRAY with his card.

Yes you heard me. Initially when this came to me, it sounded funny to me but the more I thought about it, the more it settled deep within my spirit. Sometimes, all you need is a point of contact; something to represent you in the place of decision making. When you cast your vote as a Christion, it’s your vote from you and you can speak to it. You can tell your vote that as long your vote is in that ballot box and in that voting station, nobody will toy with that box. Send your angels on assignment to follow and monitor your vote and by extension, every other vote in the box, and from that voting station. You know how they say a bad egg spoils the rest; a godly vote can also save the rest. Mandate your angels to ‘follow through’ with the votes till the results are announced and also ask them to stay (I’m not kidding, be explicit) with the votes and deal with anyone who tries to manipulate the votes and figures coming from the polling station you voted. As in, it will just be that the manipulator will have an experience, something that will make him or her know that if he loves his life, h should let those votes be and call out the real result. 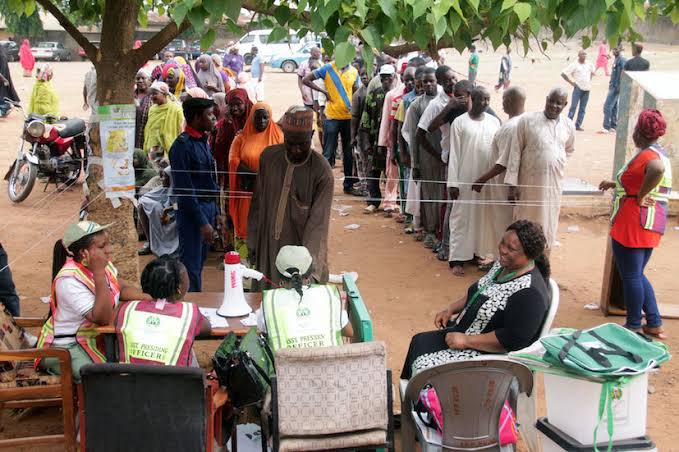 Now imagine if every Christian did that in Nigeria. For every polling station, there will be at least a Christian. At least one. If we came together and did that, my brethren, 2019 elections will be different and it will shock everyone. Everyone except us because we know what has happened.

Deborah was a judge called to influence. Samuel was a kingmaker crowning the kings for Israel. If we don’t like the way things are now, it’s time we rose up as the kingmakers that we are and do the right thing.

Recently, Pastor Nathaniel Bassey started the Hallelujah Mid-Night challenge for 21 days and it’s an amazing spiritual strategy for this season in Nigeria, if you ask me. I’m not sure if that was intentional but with prayers constantly going up in this season, it will hard for negative manipulations to thrive. I sincerely believe so. In the times of Israel, God said all He was looking for ONE man, just one man to stand in the gap (Ezekiel 22:30); a faithful man can make a difference. The effective fervent prayer of A righteous man makes tremendous power available (James 5:16b), how much more when there are more fervent righteous men; so when Pastor Nathaniel raised a prayer point intensely similar to this, for the elections and our votes, It confirmed again that the Spirit is ONE! I can say that I’m not the only one thinking this way. God is already speaking to the hearts of His children about the immense power having a voter’s card gives you, as a Nigerian citizen.

Your vote is your power. Your voice. Your sceptre. Its time to crown the king! You decide who that will be and lets go make it happen!!!!

Praying for a hitch free successful voting exercise truly reflecting the heart of people and the mind of God! 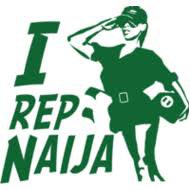 All the very best my Naija!!! 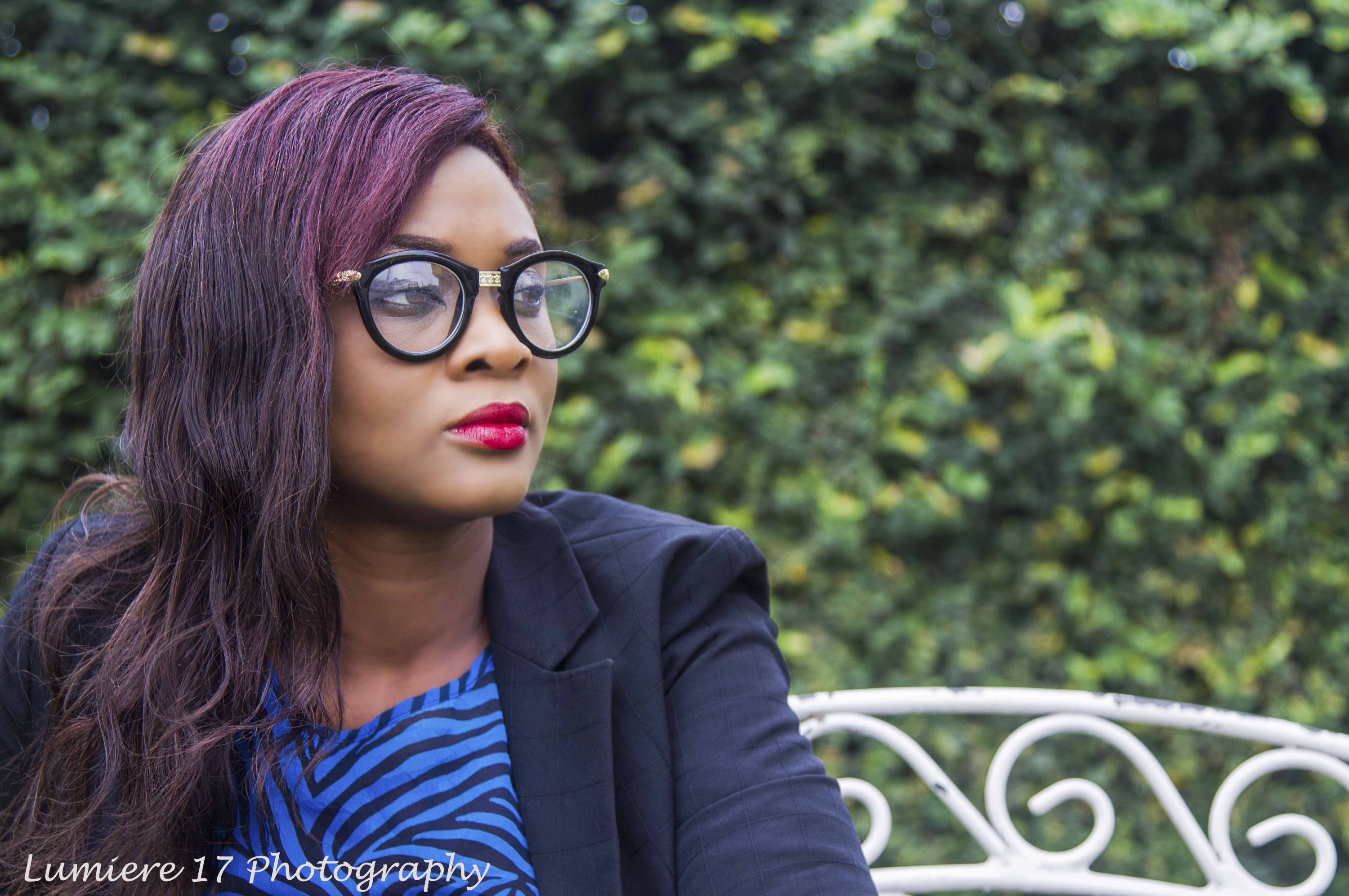 Looking to the future, so bright and beautiful!!