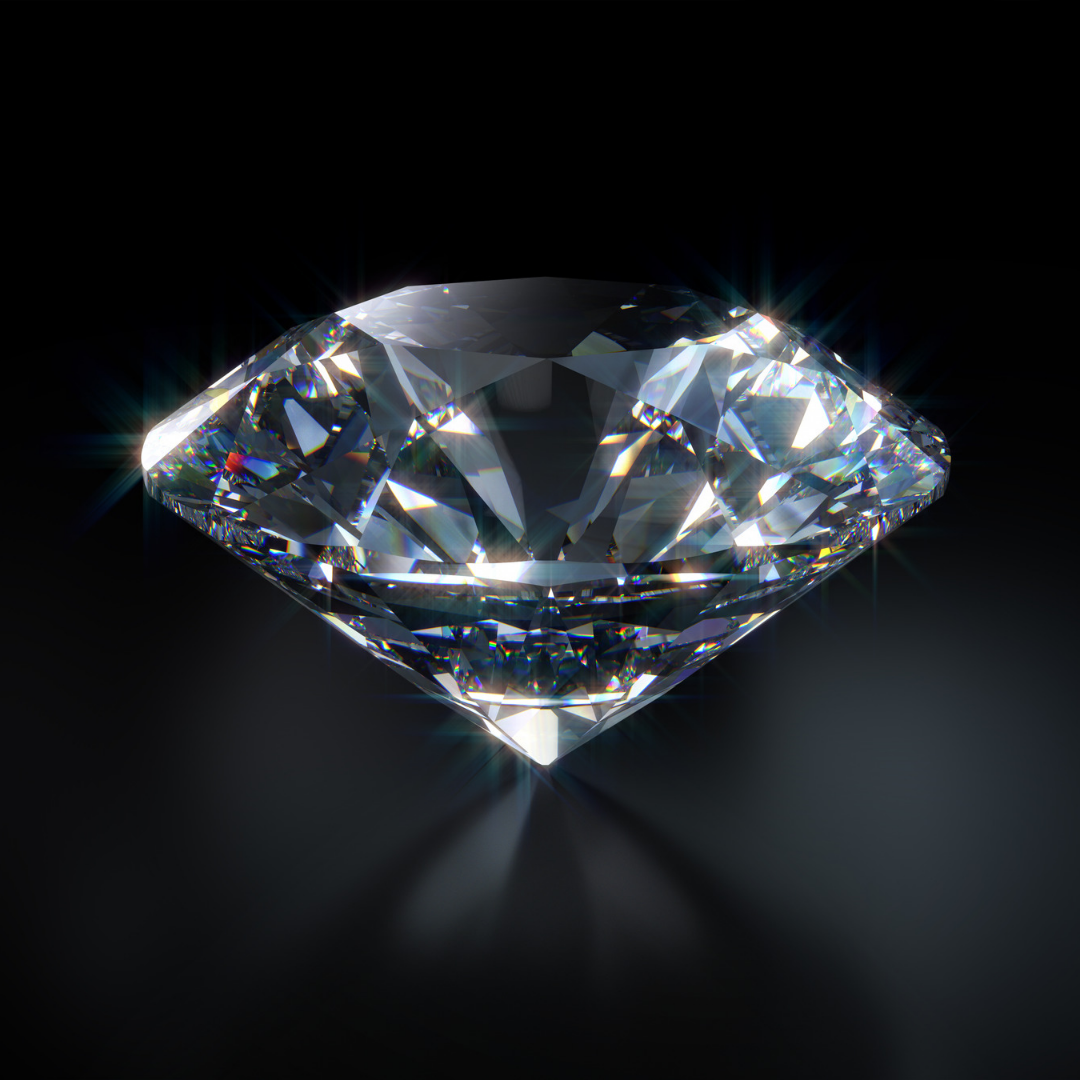 “A shop owner placed a sign above his door that said: ‘Puppies For Sale.’

Signs like this always have a way of attracting young children, and to no surprise, a boy saw the sign and approached the owner; ‘How much are you going to sell the puppies for?’ he asked.

The shop owner smiled and whistled. Out of the kennel came Lady, who ran down the aisle of his shop followed by five teeny, tiny balls of fur.

One puppy was lagging considerably behind. Immediately the little boy singled out the lagging, limping puppy and said, ‘What’s wrong with that little dog?’

The little boy became excited. ‘That is the puppy that I want to buy.’

The shop owner said, ‘No, you don’t want to buy that little dog. If you really want him, I’ll just give him to you.’

The little boy got quite upset. He looked straight into the store owner’s eyes, pointing his finger, and said;

‘I don’t want you to give him to me. That little dog is worth every bit as much as all the other dogs and I’ll pay full price. In fact, I’ll give you $2.37 now, and 50 cents a month until I have him paid for.’

The shop owner countered, ‘You really don’t want to buy this little dog. He is never going to be able to run and jump and play with you like the other puppies.’

To his surprise, the little boy reached down and rolled up his pant leg to reveal a badly twisted, crippled left leg supported by a big metal brace. He looked up at the shop owner and softly replied, ‘Well, I don’t run so well myself, and the little puppy will need someone who understands!’”

It takes someone who has experienced a thing to truly understand how it feels for someone else and even at that, we can not sometimes accurately say we know exactly how it feels for the person because pain thresholds are different and people are wired in various ways. Nevertheless, if you wanted to fully understand how hot fire feels, you need to talk to someone who’s been actually burnt before.


It’s easy to judge others when we haven’t walked in their shoes and while we should always prompt and push others to give and be their best, we must be sure that we don’t push them beyond what they are able to carry. Even God won’t do that. Now that doesn’t mean we allow each other be lazy or turn a blind eye when someone is obviously making mistakes, it just means that you walk in love, compassion and understanding in an intentional way.

Today, I want to do a shout out to everyone who is striving against the odds to make their lives work.

I want to celebrate those who are going through so much that it takes all of the strength they can muster to go through each day.

To everyone who’s battling deep insecurities they’ve tried unsuccessfully to eliminate (yet).

To everyone who’s standing on the outside even though they are crumbling on the inside.

You smile so well it takes a keen observer, probably someone who’s been through pain, to see that your smiles are not quite getting to your eyes.

To those who are so broken they don’t want to face another day.

To those who’ve made mistakes the world would never let them forget. Sometimes the mistake is large. Sometimes it’s small. Nevertheless, you’re reminded everyday in one way or the other that you missed it and it feels as if you’ll never get over it or recover.

To everyone so confused that it’s almost like a way of life, so much that clarity feels strange.

To those who have sought for long but haven’t  found yet.

To those who are doing everything they know to do but things still won’t budge.

To those struggling with depths entangling them.

To everyone rejected. Misunderstood. Maltreated. Talked about. Maligned.

To everyone fighting battles that even people closest to them know nothing of. Battles of the mind and flesh that are both tormenting and hateful.

To everyone who generates hateful controversy just by being the simple people they are, living their lives the best way they know

To everyone who doesn’t even understand what’s happening.

To everyone who’s given up or about to.

To everyone fighting at some level, high, middle , surface or deep.

I might not totally understand your pain or how it feels, but I have known some degree of pain strong enough to want to drive you to end it all. I’ve been at points in life where it didn’t matter anymore, heaven felt like a welcome relief. The only trouble was how to get there without committing sin  . I know the deep pain of loss. I know the torment of fear. I know what it feels like to be in so much despair because you’ve done all you know to do but solutions aren’t coming.

But through it all, I’ve seen that God is faithful. I have judged Him faithful. He didn’t leave me in any way and the trials work like the refiners fire, purifying me and making me more like Him. I can say that what the enemy meant for evil, God has turned around for my good. And from the wild rock has come my honey.

Today, I look back and I say, If not for God.…
God, my God, Who has that special touch and ability to step in and turn it around so much that  the memory of the pain and the misery of the past become as the waters that pass away (Job 11:16).

I just came by today to encourage you to fight! Yes. Fight and keep fighting even if that’s all you do. Jesus didn’t die for you to waste your life. And He definitely didn’t leave Heaven’s glory for a couple of years just so you could throw everything He died for, away.

Like Terri Savelle Foy says, ‘we will never outgrow warfare. We must simply learn to fight.’ When you conquer a devil, the next one is waiting for you at the next level. That’s how we build strength and character.

I’m not sure I know the exact next step for you to take but I just need you to hold on to God even if it’s by a strand. And worship Him even though you don’t understand and don’t want to, because, you see, in the presence of worship, the mist clears. The light is bright. Things become clearer.

So if you’re seeking and haven’t found, keep at it. You’ll soon find.

If you’re knocking and no show yet, keep at it, the door will soon open

If you’re asking and no answers yet, stay at His feet, answers will soon come.

Do all you need to do. Fight with God’s Word. Do all you can and make sure you don’t give up!

Remember that when you heal, your healing isn’t just the only thing that happens. You come out of your struggle with the anointing to help another sister or brother heal too. And people are waiting for you to cross the line so you could also help them cross too. So please do not give up. I know it’s hard. But staying there is harder because it does you no good.

I also want to remind you that just because you feel damaged, wounded or scarred don’t mean you don’t have worth. If anyone makes you feel worthless because of your wounds or scars, give them a smile and deny them access into the deepest parts of your heart. Then look up to God to give you your own true friends, your own squad; people who will pray and fight with you. Do all you can. Just make sure you don’t give up

I can’t promise you it will be fine right away but I can tell you that if you don’t stand and fight, it will never be fine. I can also tell you that what’s happening has nothing to do with what you did or what you’re doing now; it’s not about your past or present and it will never be about those; it’s about your future- what you could do in the future if the enemy leaves you to become all God has called you to be .So he’s unleashing on you to stop you. Please I beg you, do not let him win. Do not. If anything, if it gives you any comfort, make up your mind to win just to spite him and add some extra sauce by helping some others win too, in their lives. But most importantly, make up your mind to thrive and make your Father More proud.

God is already proud of you because, look at you, you’re still here. Now make Him more proud. Worship Him. Stay in His Word. And fight. Your salvation is much nearer than when you first believed.


God bless you and I’m consistently praying for you.

Have an amazing God-Defined Weekend

Aijay Ufomadu
Driven by Value| Inspiring you to thrive