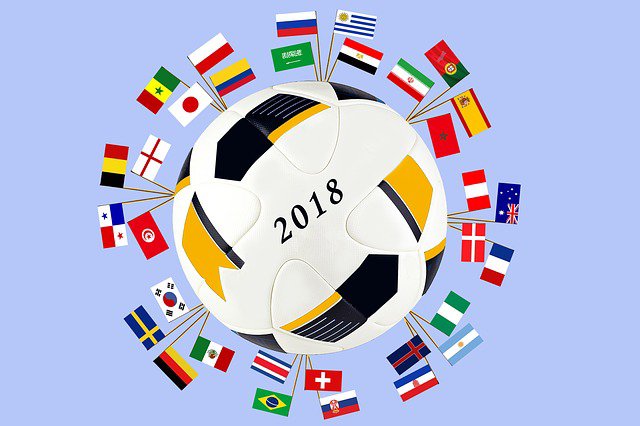 The world cup 2018 just ended and even though I’m not the typical football person, I watched almost all the matches with so much enthusiasm I surprised myself. For me, it was a great way to connect with hubby on a whole new level. By the fourth or fifth match, I knew a whole lot of football terminologies to hold a reasonable discussion without sounding like an oboté (amateur). 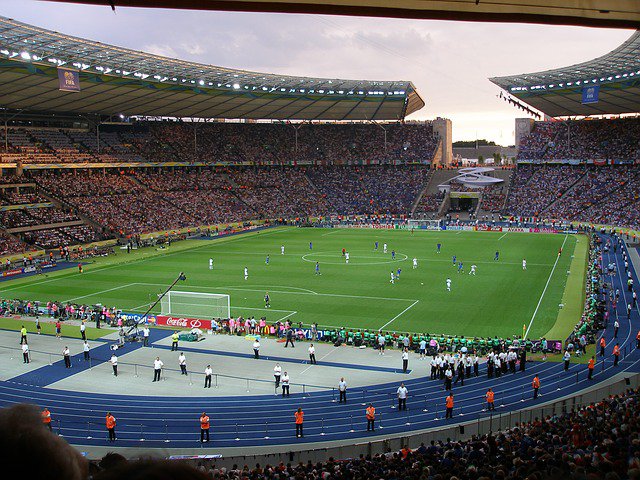 Well, this post isn’t about how my love for football soared. Because it didnt. Swowi😊. Not as much as my love for volleyball anyway.
It’s more about what the world cup taught me. Life lessons that are really crucial. I’ve always known football would be alot of fun to have people rave and fight about it but I didn’t know it would hold so much valuable lessons than meets the eye, if one looked a little deep into the art of the game itself.

Before I start though, lemme issue a disclaimer. This is my personal opinion and I hope it blesses you. If it doesn’t, well, that’s ok but be nice about it. I still have the right to block unwholesome comments.

Now onto the lessons itself.

First on the list is the lesson i learnt from Saudi Arabia’s match with Russia. That was the very first match. It was a game of 5-nil against Saudi Arabia and I heard all sorts of explanation as to why Saudi Arabia performed that poorly. The one that drew my sympathy was the gist on how that Moslems were still on fast as at that time and so the Saudi Arabian team was playing on empty stomach! Well, I personally think FIFA should have been more considerate and swapped them with another team, even if lots were cast. Maybe that would have helped. 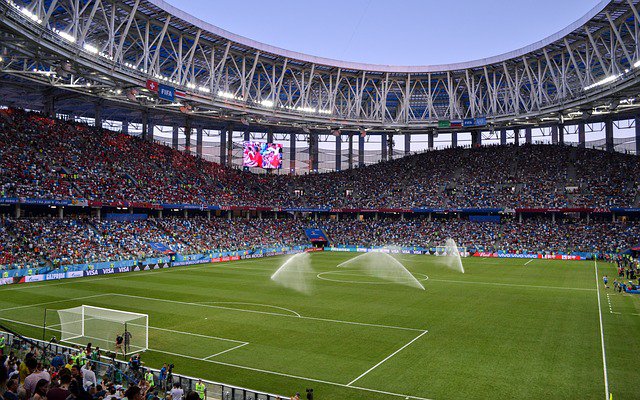 Anyway, onto the lesson.
Russia appears to be a strong team and ordinarily, Saudi appears not to be an equal match for them. This is a fact, I believe the Saudi team should have known based on carrying a suitable qualitative assessment of their football proficiencies as against those with whom they’ve been paired with. So armed with the accurate rating of how good they are, thier strengths and weaknesses compared to their opponents, they could have developed a strategy that will enhance their strengths and undermine thier weakness. Ok. Enough of this grammar.
Watching that match made me realise that Saudi wasn’t very good at striking. Russia was. But Saudi had most of its team members on the mid-field. For me, I would say since they knew that Russia was likely stronger than them the way Brazil is stronger than Nigeria, they would have given a whole lot of attention to backing up their defence so that they could at least control the hits and goals against them. If winning the game would be tough, they could have at least given Russia a little hard time by backing up their defence very strongly. That way, the goals just might have been less if at all.
For me, the life lesson there was to back up what works or could work for you. When facing life giants, capitalize on backing up your strengths. We’ve all been born with something that acts as a defence for us. Something we can fall back on when the going gets tough, back up on it. Don’t throw yourself out there with no defence for when attacks hit home. Have a strong defence on your home front for when the attack comes because it will.
For example, as we go out in search of success and fulfilling purpose, don’t leave your home open. Don’t neglect family in the search for success. Family is your backend. Make your defence strong there.

Second on my list of world cup lessons is the lesson I learnt
when Nigeria played Iceland. You see, Musa scored one sweet goal with a ball that he caught mid-air and drove it straight into the net from the air. It was something else. That just put him in the limelight as a baaaadddd player. But you know something else it did. It made him a target of the opposition. After that goal, Iceland players surrounded the guy. When he scored the second goal, the pressure intensified. That’s what happens in life. We are all striving to make a mark. For those who are purpose-driven, we have a heart to push through the odds and fulfill God’s call on our lives. And sometimes ab-initio, we don’t look like it. We don’t look like we are going somewhere. But somehow, we make a progress somewhat and all hell is let loose. And then we begin to wonder what’s happening. Suddenly we become too obvious. And sometimes we just want to run back into our cave and hide. For some of us, the attack comes even before we take the first step. But you see, whether or not they surround us, He that is with us is greater!!!! Nigeria still won that match and I’m glad we did. Because it drove home the point that it’s not about what’s happening on the outside, it’s about who we are on the inside and who is with us. The Nigerian might not have the typical Brazilian football strength but we went there with determination and we won. The oppositions will come, just face front and do your thing. He that is with you is greater!!

The third lesson. This should have come second though but then I’m not following it in a chronological order. For me, the third lesson was from a combo of the three matches Nigeria played and the three matches Croatia played.
Watching Nigeria’s three matches, it’s as if there was a trend. The seriousness with which Nigeria played was built over time through the three matches with later intensity higher than the former. The first match against Croatia wasn’t played with so much intensity like the other two after it. It was in the second half of the Nigerian- Croatian match that more intensity was introduced. By the end of the first match, The Nigerian team lost to Croatia. And they woke up. The next match with Iceland was intense. And the last match with Argentina was even more intense. Now, seeing the Nigerian team play the first match, one might think that was the best they could do. A layman though. Definitely not their coach if he knew his team well. But see what defeat and the reality that they could be kicked out first round, did to them. Unfortunately, the loss to Croatia put us at a huge disadvantage and we ended up loosing out at the first round. If we won Croatia or at least equalised with them, we could have had points that would put us ahead. That first match seriously affected everything after it. The question is, if the Nigerian team had that much skill and intensity in them, why didn’t they bring it out the first time they played? Why did they wait till the odds grew before the intensity in them came out. Don’t wait till you’re far ahead in the journey to give your best. Give your very best from the very beginning. Whether your audience is none, one, two or five hundred, give your best from the start because sometimes, if you’re waiting for a big stage to bring on your best game on, you might never have that stage. Mediocrity doesn’t go far most of the time.
See Croatia, they put on their best game on from the beginning. I dare say those guys came to kill. They won all through till the very last match. Those guys were focused. They knew what they wanted and they came for the kill. Even thier faces were telling the story. Be good from the word go. Set your mind to win in the game of Life. Bring your best game on and do that from the beginning. Don’t just bring it on, improve on it continually.

Another lesson I learnt from the above is that you start early. Don’t be deceived that you have time. Have you noticed that the time is moving, whether you stop or move, time is on the move. So whatever you want to do, start early. Don’t procrastinate. If indeed you’re to do it, start. If you’re not starting, let it not be because you are afraid or any of those reasons that are actually well- dressed up excuses. Face your front, focus and do your thing.

Ok. This has become a really long read. So I’m going to have to break it up into maybe a two or three part series.
So I’ll have to stop here.

Hope this has been entertaining as well as enlightening.

I’m so sorry for the abrupt stop. I feel like I was on a highway and then hit the brakes suddenly. Mabinu. I had to do that if not it would turn to a 20,000 word read. Lol. I’m really working hard to do shorter posts my readers can consume on the go again and again, trusting God that they are that much a blessing.

Thanks for taking time to read..

Loving you and praying for you as always (and I mean it).

Meanwhile, I’ve got a surprise for you.. 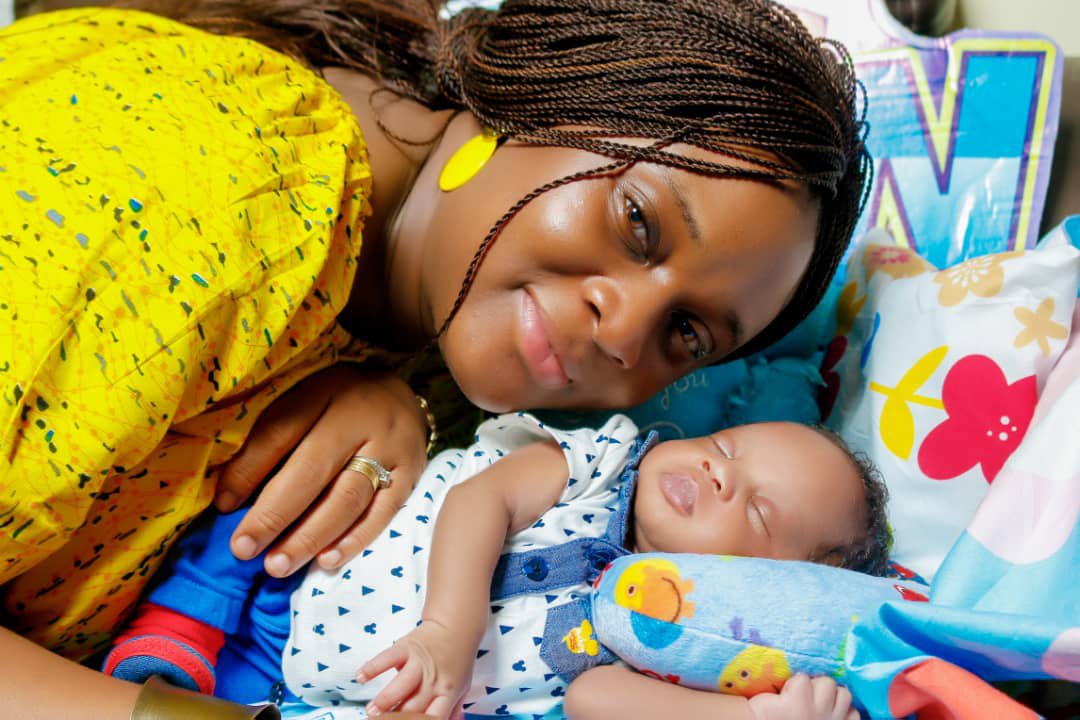 Yea…That’s my bundle of Joy. He’s arrived. Glory to God!! He’s Elnathan Sombuliechukwu Enioluwa. You can call him anyone that fits your local tongue 😀. 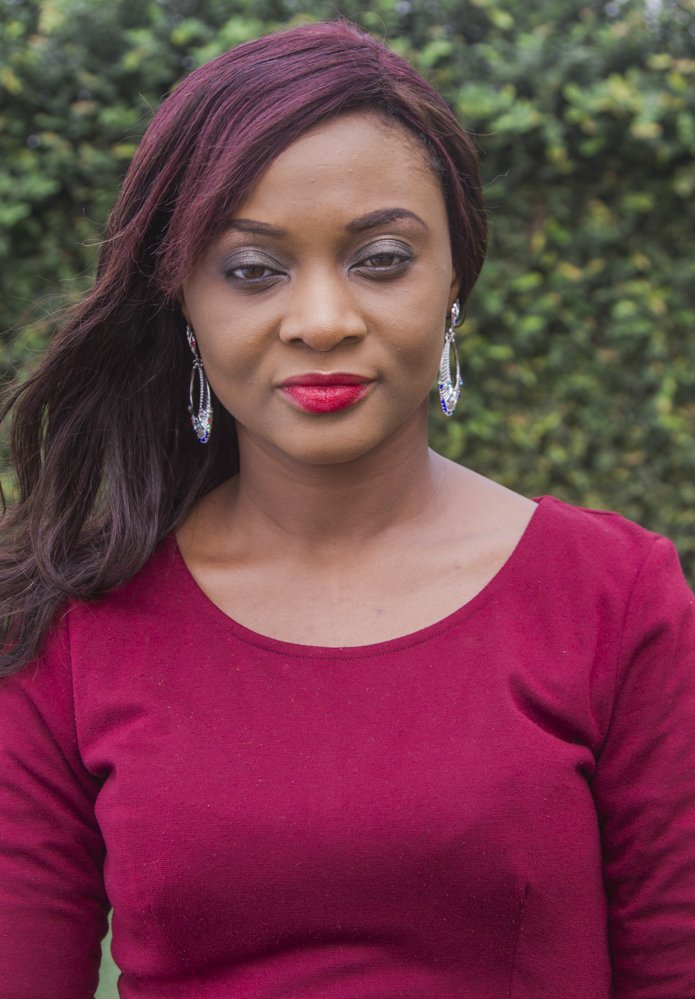 All the very best and do live a God-Defined life

PS: don’t forget to subscribe (if you haven’t) so you can get fresh updates when new posts are released.

2 reading styles to help you build consistency in reading